5 reasons to go on safari in South Africa 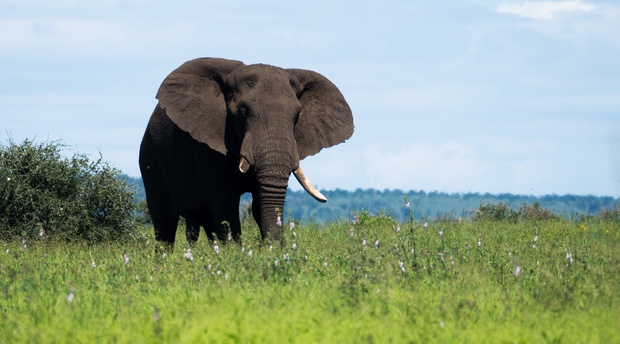 5 reasons to go on safari in South Africa

South Africa is one of the most popular safari destinations in Africa. It has excellent infrastructure that makes it easy to travel from place to place. There are lots of family-friendly hotels and lodges and an array of safari offerings for all budgets. You’ll also find plenty of destinations to add to your safari, from cosmopolitan cities to beautiful beaches, creating the ultimate holiday itinerary.

1. Spot the Big Five and more

Many reserves and parks in South Africa have the full Big Five: lions, leopards, elephants, rhinos and buffalos. Though leopards are generally elusive, it is possible to see all of these iconic animals over a couple of nights on safari. At Sanbona Wildlife Reserve, three hours outside Cape Town, you can see the rare white lion. As well as the Big Five, you may also spot giraffes, cheetahs, hippos, wildebeests and springboks. Most of these you’ll be able to see on a game drive, but many places also offer walking safaris: at Inverdoorn Private Game Reserve, two hours from Cape Town, you can take a guided walk alongside giraffes.

One of the most convenient things about safari in South Africa is that many of the reserves and parks allow day trips. This is ideal if you’re short on time and just want to get a taste of the safari experience. From Cape Town, there are a number of reserves that allow day trips, all within a three-hour drive of the city. Inverdoorn offers day access and so does Aquila Private Game Reserve, which is also two hours from Cape Town. Closer to the city, Fairy Glen is a small reserve with the Big Five and day access. Start early to make the most of your day and enjoy the scenic drive out from Cape Town.

South Africa has a range of safari destinations that are free of malaria (so no need to take any medication) and that cater to families. All the safari reserves around Cape Town are malaria-free and many have special programmes for children. Sanbona, for example, has Gondwana Family Lodge, with interconnecting rooms and play areas. There’s an activity book that kids can fill out on their game drives (if they’re over four years old) and interpretative trails through the lodge garden that allow children to learn about plants and tracking animals. Aquila have a junior ranger programme and plenty of activities for teens over 16, such as quad bike safaris and horse riding.

Safaris can be tiring with very early wake-up calls. A beach break is the perfect way to end a trip and South Africa has plenty of options. Cape Town itself has many beaches, but if you’re travelling in winter, you can take a short domestic flight across to the Indian Ocean beaches of KwaZulu-Natal, in and around Durban, that receive year-round sunshine. Round off your holiday with lazy mornings, swimming or kayaking in the ocean and long walks down the beach. If you’re not done with the wildlife watching, why not take a marine safari? In Cape Town, you can kayak alongside dolphins and penguins. A couple of hours outside the city, you can go shark cage diving from Gansbaai or watch southern right whales from the shore in Hermanus or De Hoop Nature Reserve. The whale watching season is from June to October.

South Africa has some of the most tourism-friendly cities on the continent. Johannesburg and Durban are great cities in which to spend a couple of nights, but Cape Town is an especially popular destination and regularly wins ‘best city’ tourism awards – unsurprisingly, given Table Mountain, its white-sand beaches and surrounding vineyards. It’s also an international foodie capital, with everything from award-winning, yet affordable, fine-dining restaurants to casual cafés and cool coffee shops. With plenty of international flights coming in and out of Cape Town, it’s a convenient place to stay before or after a safari. From here you can take a daytrip to one of the nearby safari reserves or book two or three nights at a lodge.

This article was written By Heather Richardson. Heather is a freelance travel and conservation writer, based in Cape Town, South Africa. She works mostly for UK and US publications and travels regularly around sub-Saharan Africa.